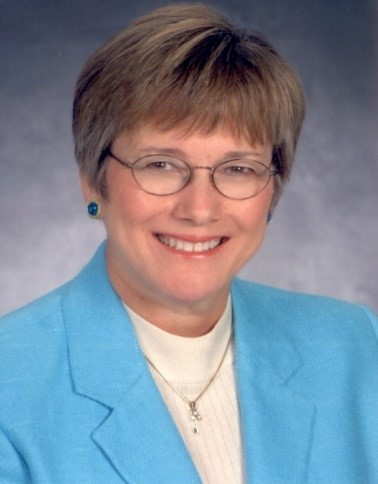 I had been involved with ArMA for so many years before that and worked so closely with my colleagues (all men) before that, that it really didn’t seem like much of a novel gender role for me. I had always chosen to just be myself and work hard and with integrity so I didn’t approach leadership positions from the standpoint of being a woman but more of just being a colleague.

Of all the students that you have taught through the years, is there one that stands out in your mind and can you share a little about that doctor?

There are actually several who stand out in my mind, many of whom are now faculty in the area. I feel a sense of intense pride when I see them giving back to the profession by teaching as well as providing excellent patient care!

Tell me one thing or activity that you do to escape from the pressures of the business of the day?

In addition to playing with my two dogs (Bichon Frise), I love reading and going to the symphony and live theater.  I have season tickets for the pop series at the Phoenix Symphony as well as the Broadway series at Gammage.

What is the last book you read?

I just finished Feared by Lisa Scottoline and The Devil Colony by James Rollins, but one of the best books I’ve read recently is The Indigo Girl by Natasha Boyd.

Have you ever had a time, or do you now think fondly about retiring from academia?

I definitely think very fondly about retiring but I’m just not ready yet!

The Me Too movement.  Do you see this as an agent of change for women in Medicine or is it even relevant?

Sexual harassment was a “bad case of the normals” when I went to medical school and was not only tolerated but encouraged.  Most of my female classmates, including me, encountered it in one form or another. The Me Too movement has served to shine an important light on an egregious problem.  The only danger is the pendulum swinging too far and accusation being used as an inappropriate, even unjust, hammer. What ever happened to simple mutual respect?

Do you believe the  2003 Regulatory duty hour restrictions for Residents has had a positive impact on Residents mental health or a negative impact on learning, or neither?

I’m going to have to come down on both sides of this one.  While I do think that many residencies went overboard in treating residents like slaves to the detriment of their health and wellbeing much less their learning, I also think that the restrictions have discouraged some important learning that goes on with demanding hours involved with patient care.  What happened was the residents started going home and the faculty and attendings (who don’t have duty hour restrictions) ended up having to take up the slack, endangering their health and wellbeing.  I would love to see a measured and more innovative approach that would take into account the learning experience, the needs of patients as well as the focus on teaching physicians better self-care decisions and techniques.  It seems those lessons would serve us better longer term.

Musician, or Composer, or songwriter; who do you identify as one of your favorites?

Can you divulge or do you have a guilty pleasure?

I would divulge it if I could think of one.

ArMA has benefited from your volunteerism and leadership through the years and we are grateful for everything you have done for the Arizona  Medical Association.  Can you give a piece of advice to the new or upcoming leader in Medicine?

Start with small investments of time and see where your passions lie. Love the profession by serving – in some fashion.  Contribute without expecting accolades. Enjoy the journey!

Dr. Chadwick is a past president of ArMA and is the former chair of the Committee on Legislative and Governmental Affairs, from 1997 to 2015. She was also an at-large member of the executive committee.

Dr. Chadwick has an extensive background in medical education, with her most recent appointment as the founding Executive Director of the Creighton University-Arizona Health Education Alliance.