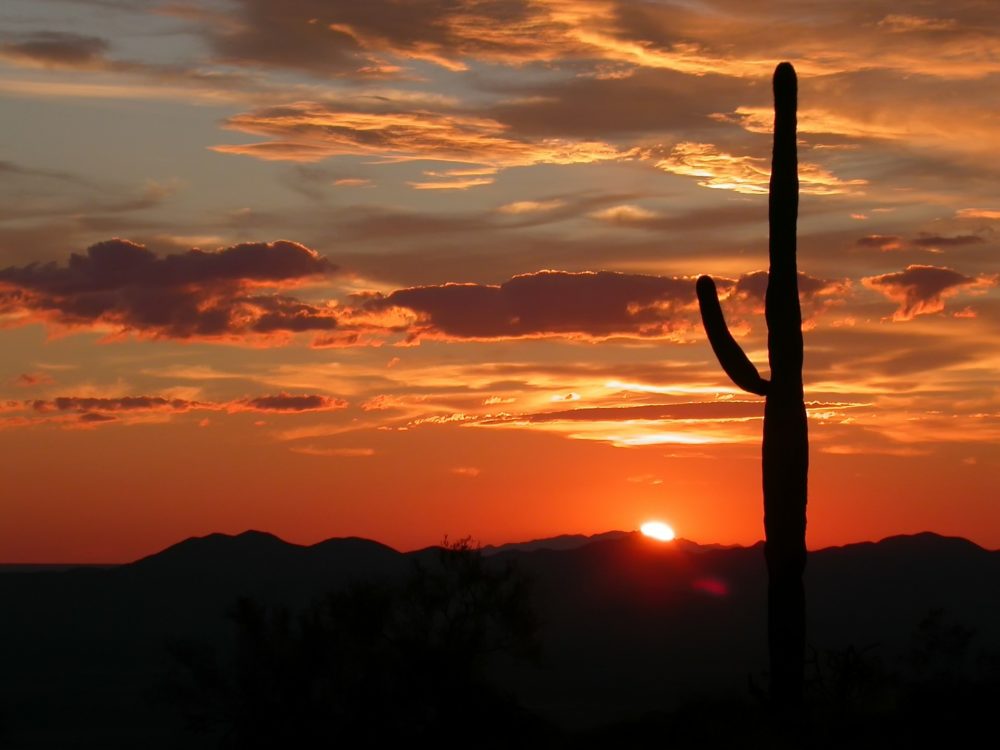 The 2019 Arizona legislative session recently concluded, and with it came a number of positive changes for physicians and health care providers. Much of the progress this year can be credited to the efforts of organizations like the Arizona Medical Association (ArMA), individual providers and health care systems, patients and their families, health experts, scientists, advocates and of course, legislators who worked tirelessly to help advance several positive, bipartisan measures, and defeat proposals that would likely not advance the overall health of our communities.

The Issue (Reddy and Speer): While Arizona is one of the fastest-growing states in the overall population, and the Phoenix area is the fastest-growing big city in the United States, every county in our state is experiencing a shortage of health care providers. Additionally, while the state is witnessing an important expansion in new medical schools, it has not seen a proportionate increase in Graduate Medical Education (GME) training opportunities. This stifles the ability for recent medical school graduates to remain in Arizona for their residencies and since trainees are more likely to practice near the location of their GME, it is less likely that they will return to Arizona. All of which exacerbates existing shortages, especially in underserved and rural communities.

Sen. Carter: This year, the Arizona Legislature took a bold step towards addressing the doctor shortage by focusing on the pipeline from medical school to practice. Senate Bill 1354 outlined a proposal to appropriate money to key initiatives that would increase the number of doctors in Arizona by funding additional spots at the University of Arizona College of Medicine in Phoenix, increasing class sizes and providing tuition waivers for existing medical students who would commit to serving in underserved and rural primary care settings. In addition, for the first time in over a decade, the state is appropriating state General Fund dollars to increase the number of residency spots, with a priority to increasing spots in rural settings and underserved urban areas, drawing down additional Medicaid dollars with a $2.34 federal match per state dollars, bringing in over $30 million over the next three years (and this funding is ongoing). The money will be used to create new spots, without supplanting additional local match dollars. In addition, two key $750,000 investments, ongoing, will provide an additional residency program at a Federally Qualified Health Center in Flagstaff (North Country) and ongoing appropriations to loan forgiveness programs for primary health care workers who commit to working in underserved areas across the state.

Protections and Funding for KidsCare

The Issue (Reddy and Speer): Known to many clinicians who serve children and working families, the Children’s Health Insurance Program (CHIP), became law in 1997. It is a public coverage program administered by states in accordance with certain federal guidelines and funded by both states and the federal government. Nationally, the program covers over 9 million children. The program was created to provide health insurance to children in families with incomes too high to qualify for Medicaid but often too low to attain private coverage, essentially the children of the working poor. Arizona’s version of the CHIP program is called KidsCare and the current 100% federal match rate will reduce to 90% in October 2019. Arizona is notable as its the only state in the nation to have frozen its CHIP program, in 2010, only to have it reinstated in 2016. Currently, around 36,000 Arizona children are enrolled in KidsCare.

Rep. Butler: Arizona protected our KidsCare program by allocating $1.6M from our state’s General Fund, which satisfies the funding requirement needed to draw down additional federal funding. We took another positive step by eliminating the provision that would have automatically frozen Arizona’s program when federal funding reductions occur. This investment in children’s health will protect the children currently enrolled in KidsCare and will ensure that eligible children will be able to enroll in the future.

The Issue (Reddy and Speer): Arizona’s current telemedicine guidelines limit the technology to specialists treating trauma, burns, cardiology, infectious diseases, mental health disorders, neurologic diseases, dermatology, and pulmonology. Senate Bill 1089 redefines telemedicine to include “asynchronous and remote patient monitoring platforms” as well as other health care services, rather than limiting use to certain specialties. It also importantly prevents payers from restricting telemedicine coverage based on the type of service offered or a patient’s location (e.g., urban vs. rural area).

Sen. Carter: Arizona now joins more than 30 other states requiring telemedicine parity for commercial health insurance. The Arizona Legislature passed, unanimously, Senate Bill 1089. Beginning in 2021, any service covered in an “in-person” setting can now be delivered via telemedicine, in accordance with the existing guidelines in place for the currently covered services. By lifting the ban on the other services, such as primary care, citizens of Arizona will have expanded access to both primary care and additional specialty care in settings where telehealth options are available. This policy will increase access to care for many patients across the state who previously were not able to receive care due to a health workforce shortage. In addition, the state budget included $3 million for rural broadband access, to help connect remote areas of the state, enabling new areas to utilize telehealth services.

Dr. Daniel Derksen, MD, is a member of ArMA and serves on the Public Health, Legislative & Government Affairs Committees in addition to being the Director of the Arizona Center for Rural Health.

Dr. Derksen: The legislature passed and Governor Ducey signed into law important legislation intended to address unmet health needs in Arizona’s rural and urban underserved areas. In addition to the important progress made in the bills spanning health professions pipeline to practice – cited by Sen. Carter and Rep. Butler – the health workforce database bill will help assure that data will be collected at the time of licensure and renewal. That data can be used to analyze clinical full-time equivalents by area, help inform interventions to address Health Professions Shortage Areas in every Arizona county, maximize federal funding for HPSA sites (such as National Health Service Corps and 20 other federal grant programs), and expand community-based interprofessional health professions education to move the training pipeline into the state’s areas of need.

In addition, there were a number of proposed bills this Legislative Session that was opposed by various traditional health stakeholders, including ArMA. Examples of bills that failed during the session include House Bill 2548, which would have expanded the ability of pharmacists to independently diagnose, prescribe and administer certain treatments. Additionally, a host of vaccine-related bills were proposed which would have increased requirements on physicians providing vaccinations and expanded reasons for exemptions from mandatory vaccinations. All of these bills passed the House Health Committee but failed to advance further. The vaccine-related bills were held following Governor Ducey’s declaration that he is ‘pro-vaccination and anti-measles’ and he committed to veto any legislation that would reduce the likelihood of childhood vaccinations in Arizona. Successful opposition to these bills represents a concerted effort to collaborate amongst key stakeholders in the state health community, as well as purposeful advocacy efforts through organizations like ArMA, physicians, and researchers to meet with legislators, send emails, phone calls and provide in-person testimony at committee hearings. Ultimately these efforts led to the development of more positive policies for the health of our state.

Sen. Heather Carter (R – Cave Creek) is a member of the Arizona State Senate serving the constituents of Arizona and Legislative District 15. During her tenure, Senator Carter has earned a reputation for applying conservative solutions to complex state issues including health care, education, public safety and the economy. Legislative District 15 covers north Phoenix, Scottsdale, Glendale and Cave Creek areas. Senator Carter is the 2013 recipient of the ArMA Distinguished Service Award and the 2016 recipient of the ArMA Public Health Service Award.

Rep. Kelli Butler (D – Paradise Valley) is a member of the Arizona State House of Representatives, Legislative District 28. Representative Butler recently received the ArMA 2019 “Walk the Talk” award for her work on the House Health Committee, and she continues to be a staunch advocate for adequately funded public education and equitable economic opportunity for the constituents of Arizona and Legislative District 28. Her District includes Arcadia, Paradise Valley, the Biltmore area, and parts of north-central Phoenix.

Daniel Derksen, MD – is the UA Health Sciences Associate Vice President for Health Equity, Outreach & Interprofessional Activities. He is a Professor of Public Health in the Zuckerman College of Public Health with a joint appointment in the College of Medicine Family & Community Medicine Department. He is the Walter H. Pearce Endowed Chair and Director of the Arizona Center for Rural Health and is Acting Director of the Arizona Area Health Education Centers Program.

Matthew Speer, MS is a Faculty Research Associate in the College of Health Solutions at Arizona State University and has participated in a wide variety of research and teaching opportunities at both the undergraduate and graduate levels. Mr. Speer’s research interests primarily revolve around the intersection of population health and public health law and policy. His ongoing work includes investigating sources of wasteful spending in the U.S. health care system in collaboration with the UCLA Fielding School of Public Health, supporting data collection and evaluation efforts to strengthen access to resources for Arizona service members, veterans, and their families, and identifying strategies to improve clinician resilience and well-being. Mr. Speer completed a master’s degree in the Science of Health Care Delivery as well as a bachelor’s degree in Health Policy, both at ASU.

Ms. Reddy’s research interests focus on how policies can be utilized to improve population health and reduce health disparities. She has presented at international and national conferences and published on health policies and their impact on equity. She regularly comments to the media and has been featured on BBC, PBS, NPR, KJZZ, NBC News, Bloomberg News, Phoenix Business Journal, ABC 15 Phoenix, etc.