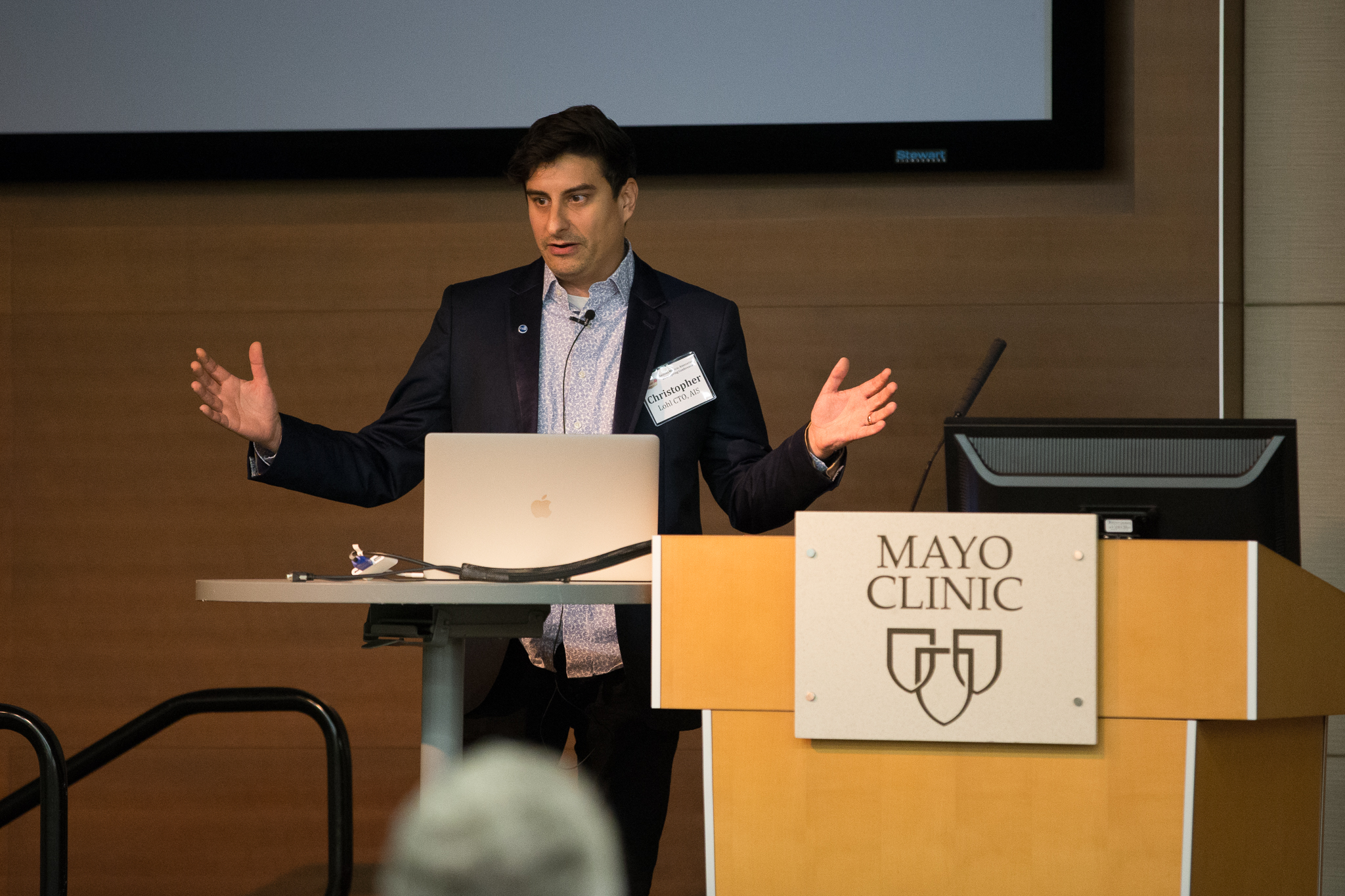 Chris Lohl, CTO for the Ambulatory Information Systems (AIS) division of CompuGroup Medical US, delivered a presentation to ArMA members during the recent 2019 ArMA Spring Conference. The topic for this presentation was, “Blockchain and Healthcare.” Mr. Lohl has worked in the computer programming profession for more than 20 years and has worked with CompuGroup Medical since 2011.

Mr. Lohl delivered a brief history of a blockchain which he defined through the works of Don & Alex Tapscott, authors of Blockchain Revolution (2016). “The blockchain is an incorruptible digital ledger of economic transactions that can be programmed to record not just financial transactions but virtually everything of value.” In the simplest terms, a blockchain is a set of database records wherein each record in a set is intrinsically linked to the previous entry.

When creating a new entry into a blockchain database, requires looking back at the previous entry and storing some information about it, effectively creating a “chain” of records with each dependent on the previous (hence the apropos name “blockchain”).  Technically speaking the new block contains a reference to the previous block in the form of a cryptographic hash – a way of turning a large stream of binary data into a small, unique value. The block also contains a timestamp of its own creation, as well as the actual transaction data (financial, medical, transactional, etc.…).

When using a blockchain for data storage, immutability is intrinsic. The integrity of the chain is preserved back to the “genesis” block or original entry. Because of the data hashing system, you cannot change one block without every block which came after mismatching. Instead of manipulating or falsifying one record, every record going forward from the manipulation point would require an alteration to “reconnect” the blocks.

Normally a blockchain is a public database and is stored using peer-to-peer technology (not unlike BitTorrent or even Napster). Because it is public, data can be externally verified and audited. Computers across the internet contain their own copies of the data so no single copy of the database exists, and no single point of failure or attack exists. Timestamp servers are also distributed, with many computers working together to provide the same date & time of a transaction regardless of which computer provided the answer. Illicitly altering data would, therefore, require modifying many nodes in the network.

With this depiction of what a blockchain consists of, Mr. Lohl further explained why healthcare professionals ought to care about such a thing. Today’s healthcare systems are now one in which important patient data is stored. Blockchain stores the data effectively; it is incorruptible, self-healing and self-correcting. This system is not immune from manipulation but it’s very close due to the effort involved to disrupt a distributed system with so many checks and balances. It’s a secure, relatively free (per transaction, not infrastructure) way to store data which relate or depend to each other. Anyone can use public blockchains to store data, or even create their own blockchain for their own purposes.

It is important to understand how this applies to healthcare and the uses of the blockchain model. Healthcare, especially in the US, is a commercial service based industry – workers are paid for their services by end users of said services. With the advent of cryptocurrency and the blockchain mean the payment middlemen can be cut out. For the practitioner, the PM system is effectively the practice ledger. Blockchain above all else is a ledger. What type of transaction data stored is of no consequence to a blockchain – the record of the transaction is all that matters.

For instance, using blockchain to augment a practice management system or electronic healthcare record means that you would have a perfectly verifiable ledger or even a perfect patient record from the time of birth.  The blockchain could be used not only to validate the database transactions but as a source of truth.  Unfortunately, a blockchain DB is not easily queried in the traditional sense, we still need to use additional technologies for analytics and business intelligence.

Other likely uses might be for credentialing databases, supply chain management, and even clinical decision support when augmented with technologies like machine learning and “smart contracts”.  Even insurance reform is feasible with such a system of record and contract automation.

Blockchain, despite now being a decade old is still a relatively new technology with active research & development into how it can be applied to various problems in a number of fields.  As it evolves and grows in adoption, no doubt we will see this technology permeate life sciences and healthcare in the years to come.

Author AZPulsePosted on April 2019April 2019
Colleagues, We are excited to bring you another issue of The Arizona Pulse. The first issue of 2019 focuses on healthcare innovations, inspired by...
Read More