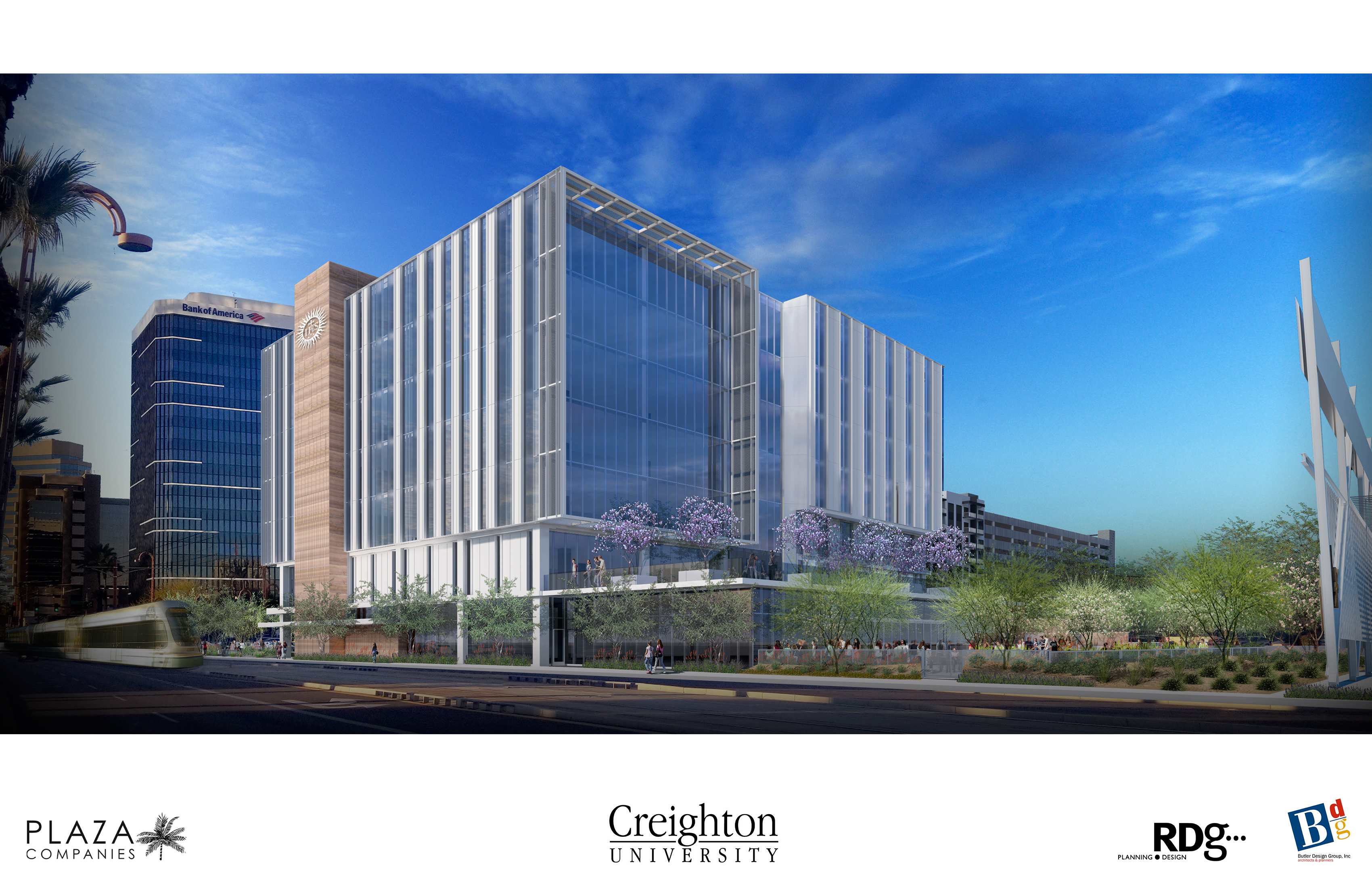 When the first class of first-year medical students begin their academic and clinical medical pursuits at Creighton University’s planned new Health Sciences Campus in Phoenix in fall 2021, it will mark the culmination of a long and fruitful relationship between Creighton and the metro Phoenix area.

Creighton University, a Jesuit, Catholic school in Omaha, Nebraska, first began sending its medical students to St. Joseph’s Hospital and Medical Center – Phoenix’s first hospital – in 2005 for one-month rotations. Four years later, the school began sending third- and fourth-year medical students to Phoenix to finish off their academic and clinical training as the first step in creating a Phoenix campus. By 2012, Creighton’s Phoenix Regional Campus was fully functioning and operational and today nearly 100 medical students are being trained during their final two years at St. Joseph’s.

Creighton medical students in Omaha apply to do their clinical training in Phoenix through a lottery system. About 42 are chosen annually. 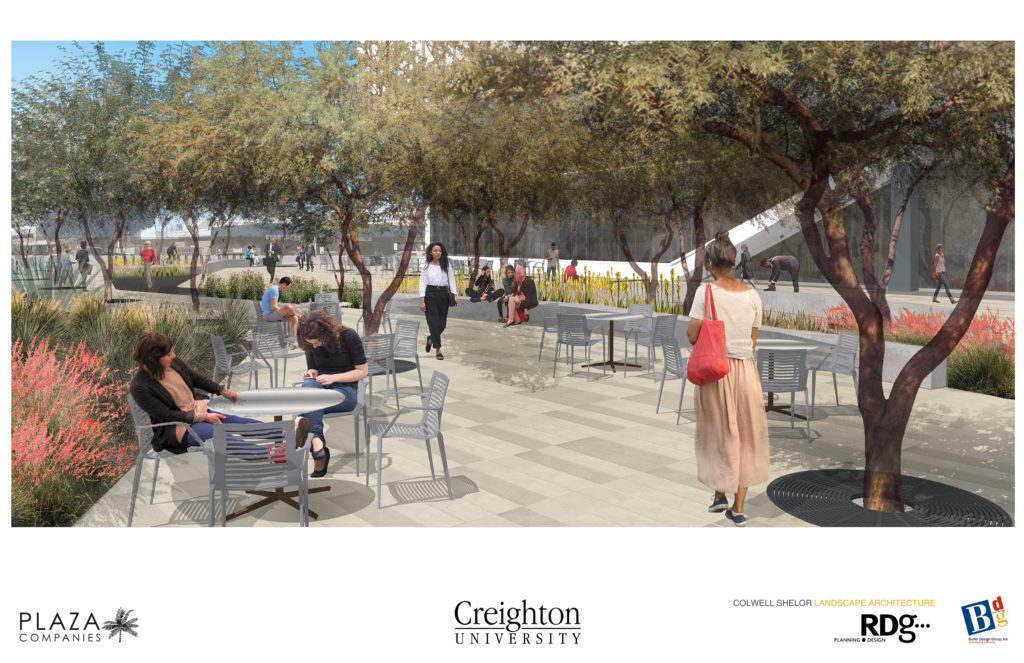 The Phoenix Regional Campus now has more than 600 faculty members and staff to service student needs, and that number will continue to grow as the Health Sciences Campus moves toward completion.

“Our goal is to instill a sense of service in our students as we transform them into health care professionals and scientists who are leaders in advancing medicine, health, and well-being,” said Randy Richardson, MD, dean of the Creighton School of Medicine-Phoenix Regional Campus.  “What we have found over the past decade is that our Creighton students, through their generous example, inspire our faculty to want to reach out to the community and serve those who are most in need.”

The successful relationship with St. Joseph’s formed the basis of Creighton’s larger commitment to the Phoenix area.

Last year, Creighton announced plans to build a seven-story, 200,000 square-foot Health Sciences Campus on the grounds of the iconic Park Central Mall in midtown Phoenix. The facility will house a four-year medical school as well as programs in nursing, occupational and physical therapy, pharmacy, and physician assistant.

The announcement has been hailed as a welcome addition to metro Phoenix’s medical education community. As the nation’s fifth-largest city, Phoenix is below the national median in the number of physicians per 100,000 population. It is particularly in need of primary care physicians as the state continues to add to its population at a dizzying pace. Growing the number of medical school students and accompanying residency programs are seen as viable strategies to address the physician shortage, given that many residents set up their practice in the area where they complete their residency. 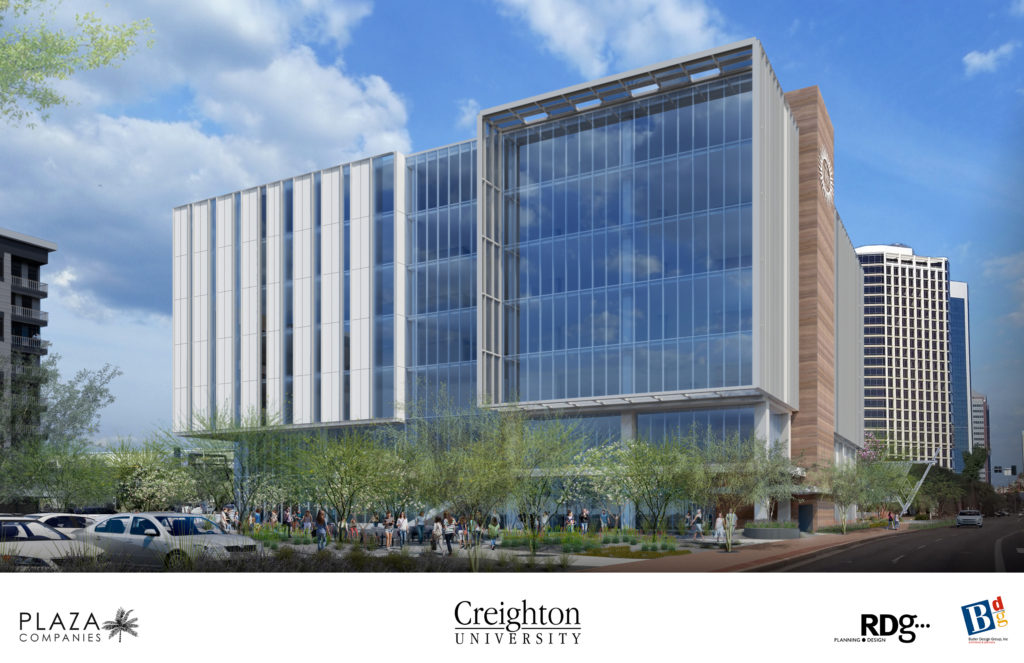 Prior to its announcement to build the Health Sciences Campus, Creighton joined another major initiative that bolstered Creighton’s long-term commitment to the Phoenix area. In 2017, it entered into a strategic agreement with St. Joseph’s, Maricopa Integrated Health System (MIHS), District Medical Group and Dignity Health Medical Group. The agreement includes the transition of residencies and fellowships at both St. Joseph’s and MIHS to the Creighton University Arizona Health Education Alliance. The Alliance, a non-profit entity, now serves as the centralized administrator of medical residency programs and fellowships, with Creighton assuming sponsorship for those programs. Over time, the Alliance will provide the coordination and support infrastructure for programs in nursing, pharmacy, physical and occupational therapy, and physician assistant.

The formation of the Alliance was a bold plan to bring Creighton’s well-regarded School of Medicine together with the other partners to expand and refine those programs through academic rigor and clinical excellence. The end goal is to create more opportunities for residents and fellows through expanded and new residency and fellowship programs. Alliance proponents also foresee numerous opportunities for collaborative research, greater medical education funding, and health care innovation that addresses community needs.

“Our goal is to build a health professions campus in Phoenix embedded in the community, working with multiple health care systems and organizations, and generously funded for innovation to train the interdisciplinary, patient-centric, empathetic health care workforce for the future,” she said.

Indeed, Creighton’s goal is to instill Jesuit principles of treating the whole person in every student. That makes Creighton-trained health professionals a welcome addition to today’s health care workforce.