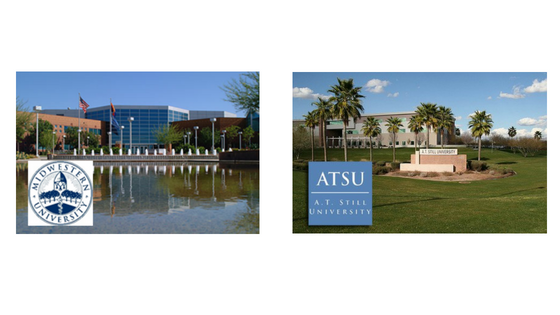 In 1892, Andrew Taylor Still, M.D. “unfurled the banner of osteopathy” to the world, opening the first osteopathic medical school in Kirksville, Missouri.  It was not his original intent to open a new school.  His, at the time, unorthodox beliefs that the body had an inherent ability to heal itself were anathema to the medical profession of the 1800s.  His offer to teach his new philosophy and the manual medical techniques that he had developed met with opposition at Baker University in Kansas and so he moved to Missouri to care for patients, and to teach other physicians.  The new school he started, the American School of Osteopathy, ultimately became A.T. Still University Kirksville College of Osteopathic Medicine (ATSU KCOM).  Soon, the philosophy spread, with students of Dr. Still opening new osteopathic medical schools in Chicago, Pennsylvania, Kansas City and Des Moines.

Today, there are 34 accredited colleges of osteopathic medicine (COMs) at 51 locations in 32 states.  Two of those colleges of osteopathic medicine are in the Phoenix area.  A.T. Still University, School of Osteopathic Medicine in Arizona in Mesa is a sister school to ATSU KCOM. In Glendale, Midwestern University, Arizona College of Osteopathic Medicine, is a sister school to the school that started in Chicago in 1900.

There are over 108,000 practicing Doctors of Osteopathic Medicine (D.O.s), 54% under the age of 45 and more than half in primary care specialties, such as family medicine, general internal medicine, and pediatrics.  According to the Arizona Board of Osteopathic Medical Examiners, the licensing body for osteopathic physicians in Arizona, the number of D.O.s licensed in Arizona has increased by 70 percent since 2008 and there are now more than 2,300 osteopathic physicians practicing in the state in 2018.  Additionally, nearly ¼ of all medical students in the United States are osteopathic medical students, almost 29,000 in 2017. In Arizona, the two COMs enroll a combined total of over 1,400 osteopathic medical students in their programs.

Osteopathic medical students generally receive the same foundational science courses as other medical students, including physiology, biochemistry, anatomy (with additional focus on the musculoskeletal system), pharmacology, microbiology, and pathology.  They also receive training in osteopathic manipulative therapy, a hands-on approach to musculoskeletal concerns.  These medical students train side by side with medical students from medical schools throughout the state of Arizona during their clinical years.  Clinical training tends to be in four-week blocks that include core rotations in internal medicine, surgery, psychiatry, pediatrics, obstetrics, and family medicine.  Many clinical clerkship rotations include post-rotation examinations using national standardized tests.

While USMLE and COMLEX-USA scores have as a purpose the demonstration that the examinees have met a minimum competency level for licensure, these scores are commonly used by program directors to assess the compatibility of prospective residents for their programs.  It is important to note that the two tests are scaled differently, COMLEX-USA has a passing score of 400 and an average score in the low 500s.  USMLE has a passing score that changes each year, 194 for Step 1 in 2018, and an average score in the lower 220s.  The comparison can be made through the use of the COMLEX-USA score converter to get a % rank.  According to the National Residency Match Program, in a survey of residency program directors (2016), 77% of all respondents replied that they used COMLEX-USA Level 1 scores to assess D.O. applicants, either by passage or by a target score.  Another survey is scheduled for this year.

In 2014, the American Osteopathic Association House of Delegates voted to convert all osteopathic residency programs to accreditation through the Accreditation Council for Graduate Medical Education (ACGME) under a Single Accreditation System (SAS) beginning in 2015.  ACGME, under this agreement, will be the body that accredits all residency programs in the United States by 2020.  As a result, the two professions will work more closely in Graduate Medical Education (GME) and in advocacy surrounding GME.

Alignment of postgraduate training is expected to result in the two professions, with mutual respect and collaboration, bringing the best each has to offer to the care of patients throughout the United States. 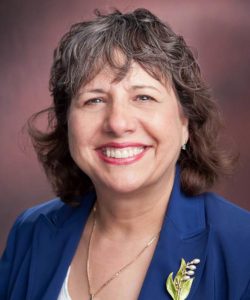