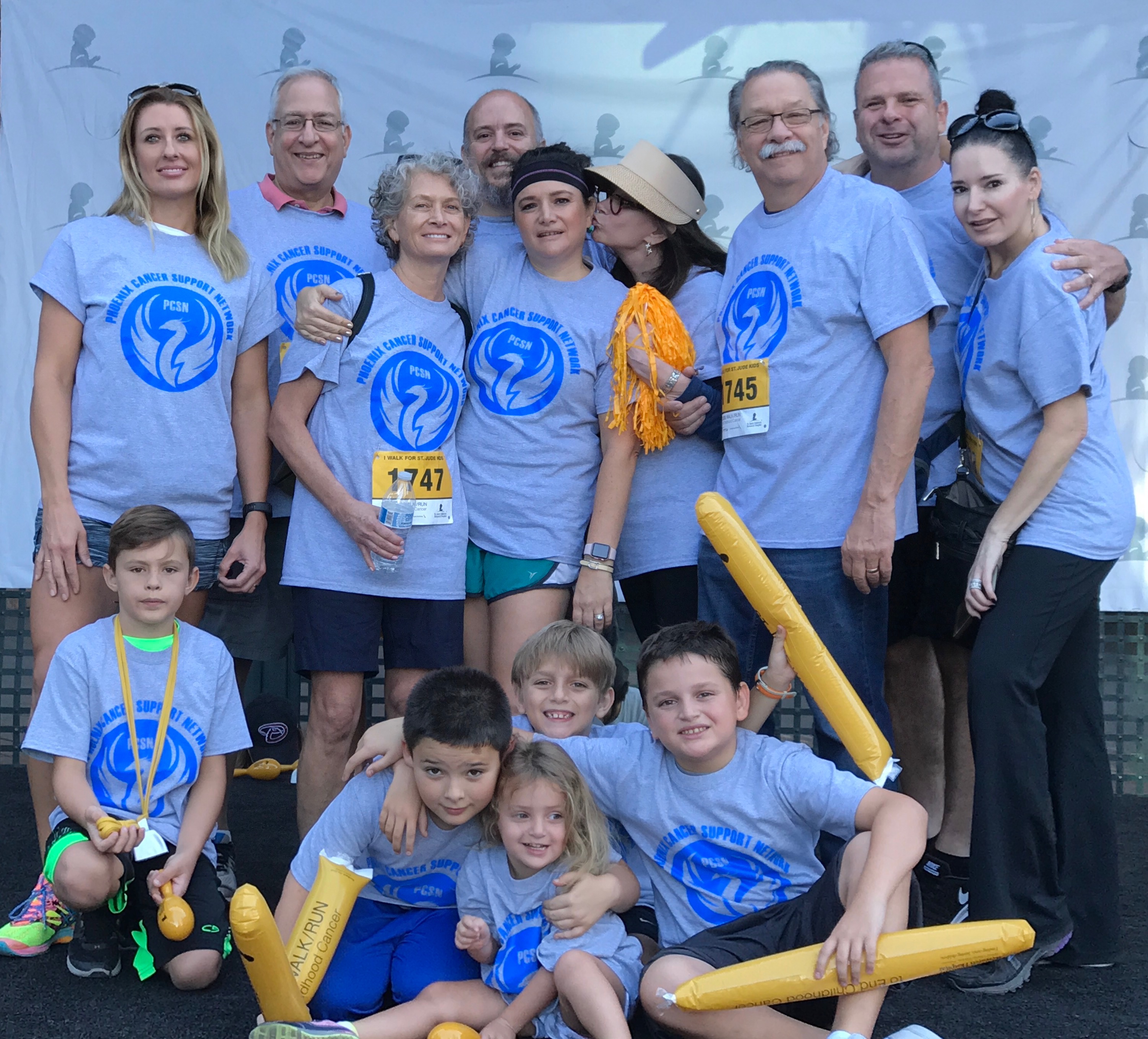 A Phoenix resident since 2009, Jenny Martin may not look any different than you and I, but behind the pretty face, those sharp eyes and her fun personality, Jenny is a phenom with boundless energy, passion and a mission that is driving her to do amazing things for the greater Phoenix Metro area. 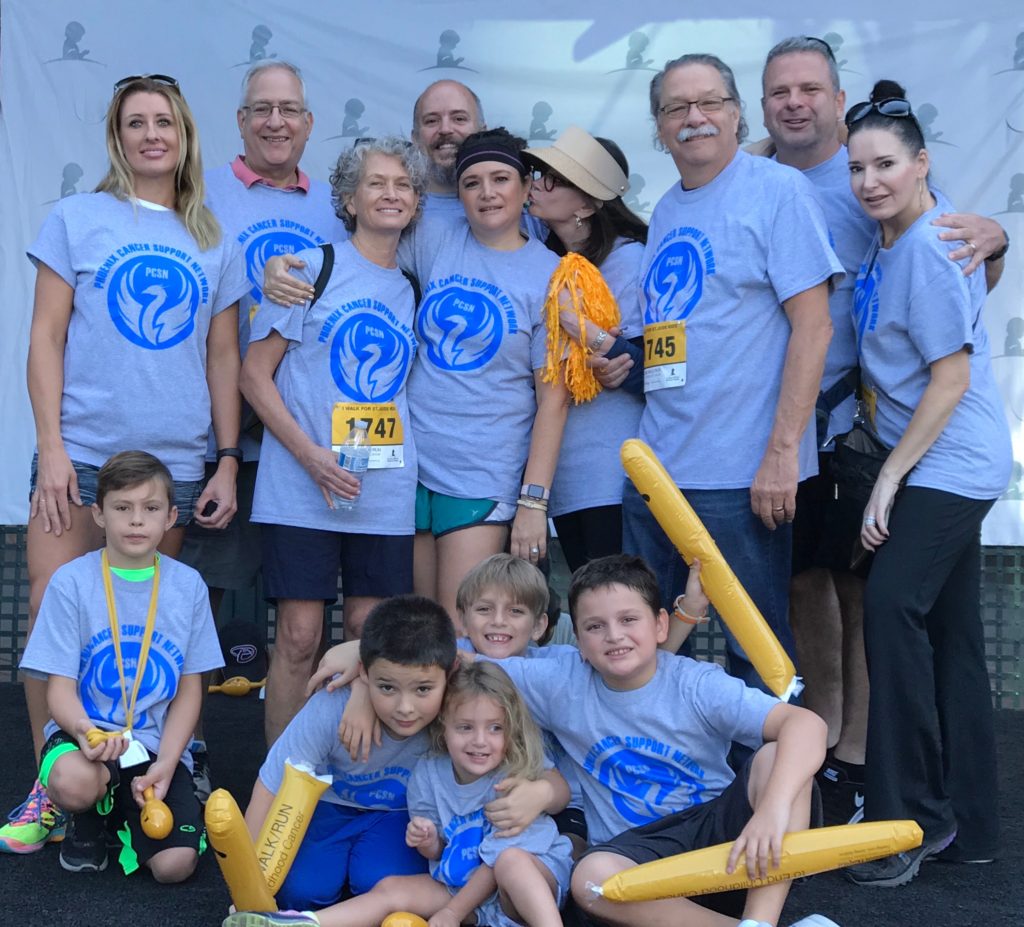 Jenny’s story is really her sister’s story, her family’s story, of untimely loss, indescribable pain and the forever legacy it would leave behind.

Anna Margaret Weber, was born in 1981 to Dr. Jeffrey Weber and his wife Nancy. She should never have been conceived, let alone survived to full term in utero. “We always called her ‘the miracle,” says older sister Jenny Martin, founder and CEO of one of the valley’s newest non-profits, Phoenix Cancer Support Network (PCSN). Annie, as she was called, was the youngest of three siblings and “was something else!” Jenny goes on, “we used to call her ‘the force.’ She had a beautiful singing voice. She had tons of friends. She lit up a room. She would have changed the world for sure.”

But on February 24th, 2005, 3 ½ years after diagnosis with an advanced stage of rare bone cancer, Ewing’s Sarcoma, Annie Weber passed away at the heartbreakingly young age of 24.

Her sister Jenny, as it turns out, is equally a force to be reckoned with. Having earned her Bachelors of Science in Communications and Speech from Emerson College in Boston, MA, Jenny is currently working towards her MBA in Health Care Administration while conducting a full-time career at Banner Health and tirelessly advocating, working and fundraising in support of those with cancer. 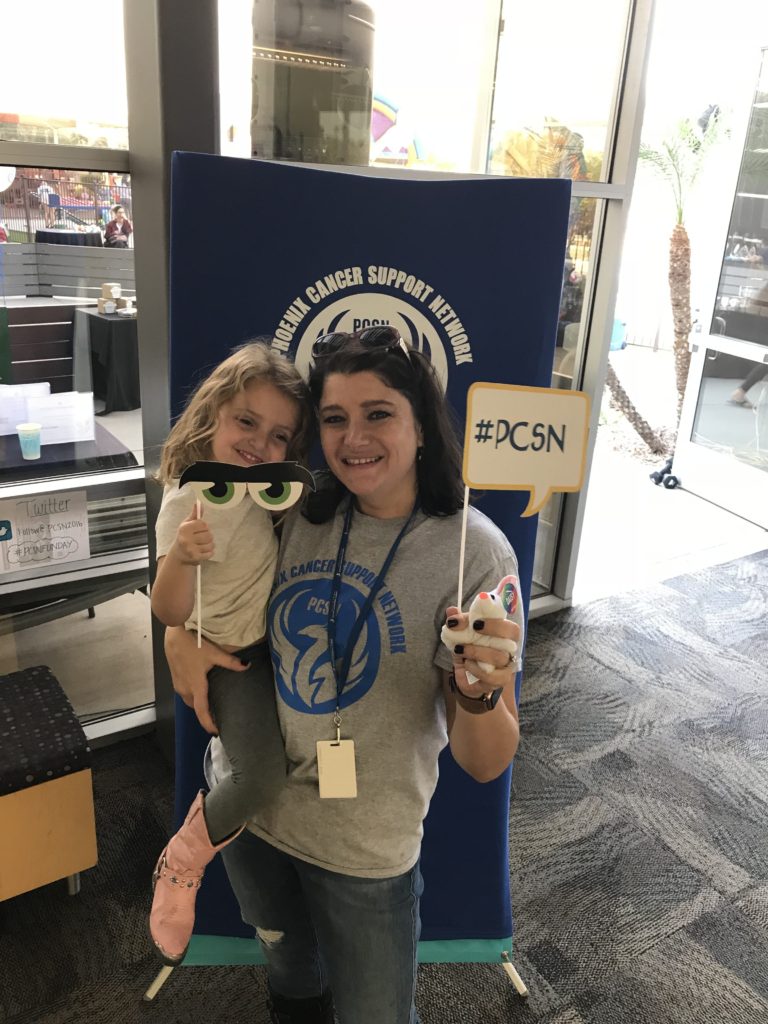 But “there came a time when I think it was just too difficult for my parents to stay in Wisconsin,” says Jenny. In 2008, Dr. and Mrs. Weber moved from their family’s home, Dr. Weber then taking the position of Head of Gastroenterology at Cancer Treatment Centers of America in Goodyear. “It was a phone conversation we had one day after my parents had moved, and my dad had started in his new position. He said, ‘I just wish that Annie had had this.’ That stuck with me.” In the midst of arguably the worst economic recession in modern times, and feeling the need for change themselves, Jenny followed suit and relocated her family to AZ in 2011.

In August 2017, Jenny launched Phoenix Cancer Support Network (PCSN) in her sister’s name. Jenny is determined to leverage her knowledge and expertise in healthcare administration to make a difference in the lives of cancer patients and their families. In just a few short months, they have done amazingly well in raising funds and having an impactful reach, while still awaiting their official 501(c)(3) designation. They have served 12 direct clients, had 3 fundraisers, and provided and personally delivered 60 comfort tote bags with soft blankets for cancer patients undergoing infusion treatments – a personal highlight for Jenny. 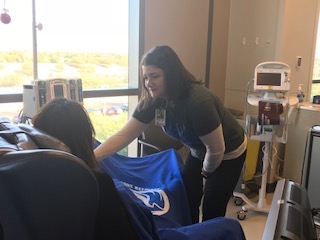 PCSN is there for those with cancer, whether you need rides to and from medical appointments, advocacy with your medical insurance carrier, a second opinion on your medical charts, or even house cleaning and childcare. PCSN is also unique in its qualifications to attend the medical appointment with their clients, if that is desired. “The most pressing needs and the biggest struggle for those battling cancer are the financial burdens,” says Jenny, “limitation in healthcare, insurance, time away from one’s job or the inability to work at all. Disability and other benefits are helpful but necessitate a very cumbersome process before help is given. 99% of what we do is, at its root, some level of financial support, which helps emotionally too as you lessen a little of the load on a cancer patient and their family.”

Much like the image of the phoenix in the PCSN logo, Jenny Martin and the Weber family rose up from the ashes of their grief. Twelve years later, the culmination of Annie Weber’s legacy was born in Phoenix Cancer Support Network. It is Jenny’s belief that the miracle of Annie lives on in PSCN. February 24th marked the 13th anniversary of Annie’s passing. Jenny hopes that somewhere in the heavens, Annie is proud of her big sis and the work that, in Jenny Martin’s mind, they continue to do together.

For more information, go to www.pcsnetwork.org.

Author AZPulsePosted on December 2018December 2018
Homeless, refugees, inmates — those are just a few of the marginalized populations that students at the College of Medicine –­ Tucson have dedicated...
Read More

Author AZPulsePosted on December 2018December 2018
﻿ A.T. Still University’s School of Osteopathic Medicine in Arizona (ATSU-SOMA) has received a $1,999,650 grant from the U.S. Department of Health and Human...
Read More

Author AZPulsePosted on December 2018December 2018
Arizona’s largest medical school, the Arizona College of Osteopathic Medicine (AZCOM) at Midwestern University, was founded in 1995. The College resides on a 156-acre...
Read More

Author AZPulsePosted on December 2018December 2018
Many groups are working hard to improve the quality of life in Maryvale. A new ASU-led initiative seeks to align and boost existing efforts...
Read More