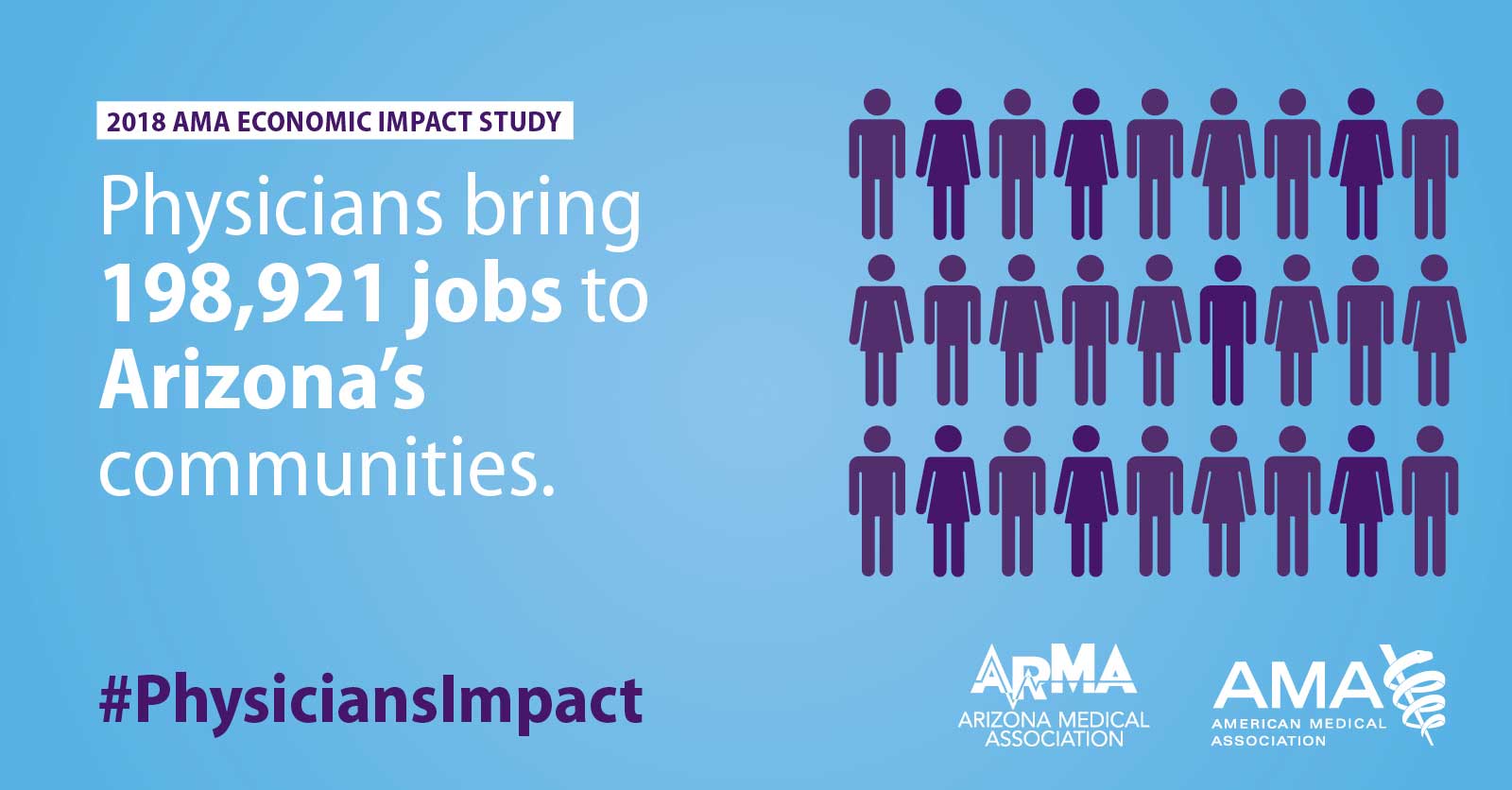 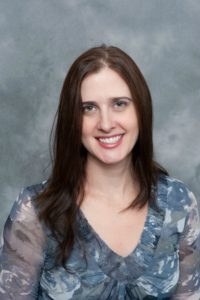 “The positive impact of physicians extends beyond safeguarding the health and welfare of their patients,” said AMA President David O. Barbe, MD, MHA. “The Economic Impact Study illustrates that physicians are woven into their local communities and have a vital role in fueling state economies by creating jobs, purchasing goods and services, and supporting public services through the tax revenue they generate.” 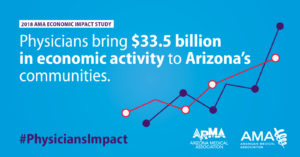 “This study shows that practicing physicians, MDs and DOs, not only contribute to the health of our patients, but also significantly contribute to the health of our economy in Arizona, and across the nation,” said ArMA President Michael Hamant, MD. “Physicians are a major driver of the economic vitality of the state as employers providing wages and benefits, generating economic activity, and contributing to state and local taxes, with each physician ultimately supporting over 14 additional jobs.”

Physicians are economic leaders in Arizona. The study quantifies the economic boost that 13,993 active patient care physicians provide to the state’s economy, producing a ripple effect that is felt statewide.

The report found that every dollar applied to physician services in Arizona supports an additional $1.19 in other business activity. An additional 8.61 jobs, above and beyond the clinical and administrative personnel that work inside the physician practices, are supported for each one million dollars of revenue generated by a physician’s practice. In addition, Arizona physicians generate more economic output, produce more jobs and pay more in wages and benefits than the higher education, nursing and community care facilities, legal services and home health industries in the state.

Across the country, physicians add $2.3 trillion to the U.S. economy, support more than 12.6 million jobs nationwide, contribute $1 trillion in total wages and benefits paid to U.S. workers, and generate $92.9 billion in state and local tax revenue.

To view the full report and an interactive map, please visit PhysiciansEconomicImpact.org.

Sharla Hooper is the managing editor of The Arizona Pulse and ArMA AVP of Communication & Accreditation.

Author AZPulsePosted on July 2018July 2018
Written By: Traci Pritchard, MD, ArMA President In June 2018, during the House of Delegates meeting, the Arizona Medical Association (ArMA) welcomed me as their...
Read More