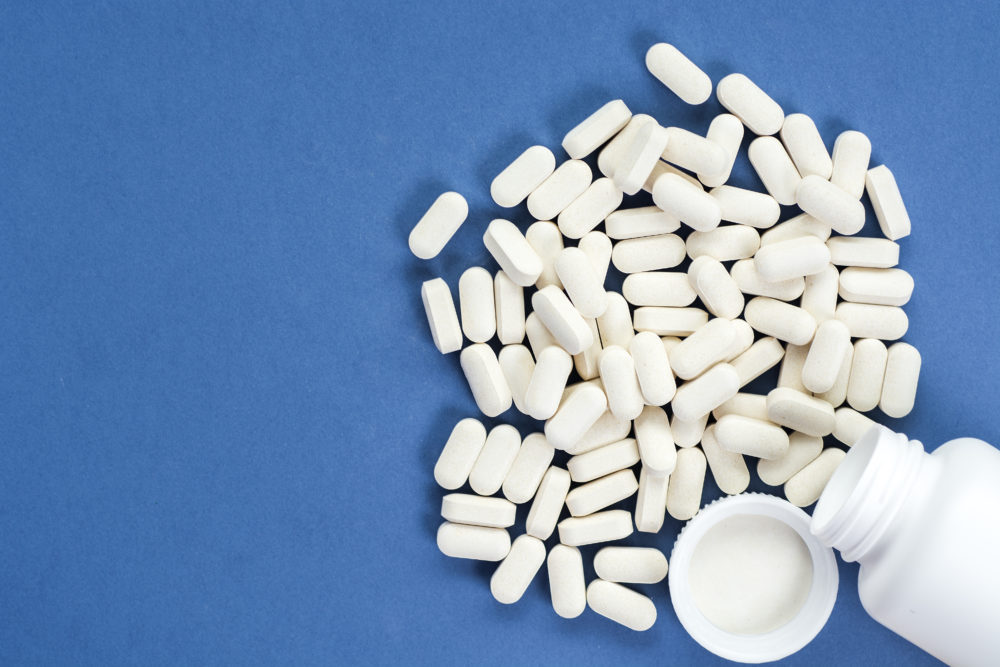 Since the mid-1990s, physicians, pharmaceutical corporations and advocacy organizations have promoted the increased use of opioids, including synthetic derivatives, for treatment of acute and chronic pain.  As a result, there has been exponential growth in opioid prescribing in the last 25 years in the United States and other Western developed countries.  Opioids carry significant risks of side effects and complications, which include misuse, abuse, dependence and death.

Increased prescription rates, economic damage, opioid abuse, and overdose deaths have brought these topics to the forefront of national attention and discussion1.  Unfortunately, pharmaceutical corporations, regulatory agencies, and physicians have lost sight of a basic pharmacological principle: The value of drug therapy must be judged not only on the immediate efficacy and side effects, but also on the long-term effects, including the quality of the patient’s life.

Opiates are compounds structurally related to products found in opium, which is derived from the resin of the opium poppy2.  Opiates include morphine, codeine, thebaine, and semi-synthetic derivatives, such as oxycodone and hydrocodone.  Opioids are any compounds that have the functional and pharmacological properties of an opiate.  Opioids include all opiates, as well as synthetic derivatives, such as methadone, fentanyl, carfentanil and tramadol.  Endogenous opioids, or endorphins, are produced in the body.  There are 3 separate opioid receptors. The mu receptor(MOR) is the receptor primarily responsible for pain relief.

Tramadol is a structural analog of codeine2.  Tramadol and its primary metabolite, o-desmethyltramadol (M1), are MOR agonists.  M1 binds much more tightly to the MOR, and therefore is a much more potent agonist than tramadol itself.  In addition, tramadol inhibits neuronal reuptake of serotonin and norepinephrine in vitro, which makes it a Serotonin, Norepinephrine Reuptake Inhibitor (SNRI), similar to venlafaxine (Effexor) and duloxetine (Cymbalta).  This may contribute to its analgesic effect and may partially counteract its sedative effect.  Tramadol is equipotent with morphine for mild to moderate pain, but, like codeine, it is less effective than morphine for severe pain.  Oral bioavailability of tramadol is about 75%. The half-lives of tramadol and M1 are 6-7 hours. M1 is formed by CYP2D6, and is therefore subject to interactions with other drugs metabolized by CYP2D6.  Less than 10% of Caucasians lack CYP2D6 and do not produce M1, resulting in much less opioid effect of tramadol.  Conversion of tramadol to M1 varies in other ethnic groups. Tramadol is primarily excreted in the urine as parent drug and metabolites. This leads to increased plasma and tissue concentrations in patients with decreased renal function.  The decreased hepatic function may result in less conversion to M1, but also reduced clearance of tramadol and M1 from the body.  For these reasons, ethnicity, renal function, hepatic function and drug interactions, the therapeutic and adverse effects of tramadol vary widely from person to person.

Tramadol was originally introduced and promoted as a nonscheduled drug in April 1995, based on the assumption that the risk of abuse was sufficiently low to warrant non-scheduled designation. Symptoms of withdrawal from tramadol include anxiety, sweating, insomnia, rigors, pain, nausea, tremors, diarrhea, upper respiratory symptoms, piloerection, and hallucinations.  These are similar to symptoms of withdrawal from other opioids. 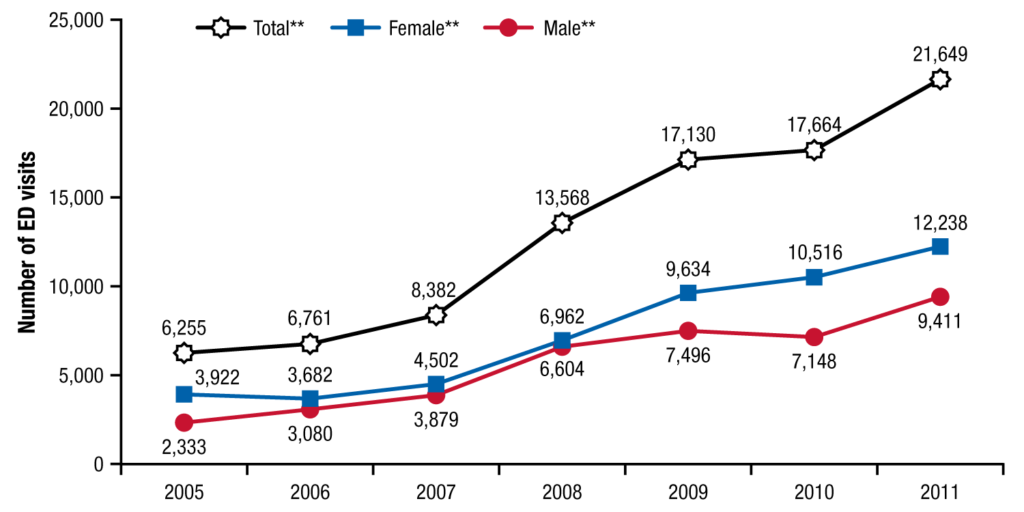 Death rates for tramadol alone are difficult to find, since it is usually grouped with other synthetic opioids, such as fentanyl.  However, the US Substance Abuse and Mental Health Services Administration (SAMHSA) reported that from 2005-2011 Emergency Department visits for tramadol-related misuse or abuse increased 250% from 6,255 to 21,649 in this 6 year period4, see Figure 1. Visits by males increased from 2,333 to 9,411 and visits by females increased from 3,922 to 12,238.  This higher rate of ED visits in females compared to males, is the reverse from the overall higher death rate for males from all opioids combined.  The greatest increase in ED visits for tramadol-related misuse or abuse was 481% in patients aged 55 and older, probably consistent with the number of prescriptions in this age group.  Overall, 38% of ED visits for tramadol-related misuse or abuse resulted in hospitalization or transfer to another medical facility.

Tramadol and M1 are clearly MORs with adverse effects and symptoms of overdose similar to those of other opioids.  Death rates in tramadol overdoses are significant, and the rate of increase in tramadol overdoses is similar to that with other opioids.  Tramadol is clearly addictive.  In light of these facts, physicians should exercise the same caution when prescribing tramadol as they would with Schedule II and III drugs.

A Look at Opioid-Related Closed Claims and Lawsuits

Author AZPulsePosted on April 2019April 2019
Chris Lohl, CTO for the Ambulatory Information Systems (AIS) division of CompuGroup Medical US, delivered a presentation to ArMA members during the recent 2019...
Read More

Author AZPulsePosted on April 2019April 2019
Colleagues, We are excited to bring you another issue of The Arizona Pulse. The first issue of 2019 focuses on healthcare innovations, inspired by...
Read More